Voice of Mod3 and ASD at Bartrams’ Juneteenth 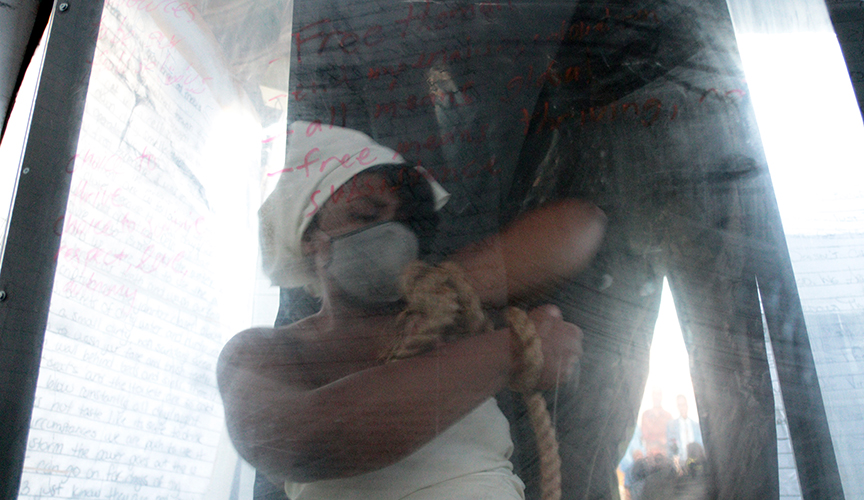 We are excited to announce that three of the projects are now in phase two, starting with Melannie Taylor’s Voice of Mod 3 and ASD which will be presented in its new iteration at Bartram’s Garden’s Juneteenth event.

About The Project:
The Voice of MOD3 and ASD is a mobile installation that explores the conditions of women and gender-oppressed individuals currently incarcerated at MOD3 and ASD. This multimedia experience takes place inside of a tent, the walls covered in letters written by incarcerated participants. Their words, both written and recorded, directly connect audience members to the voices of those who suffer inhumane treatment at the hands of the City of Philadelphia. The artist, Melannie Taylor, plays the role of the Human Spirit struggling in captivity. Appearing in a plexiglass box, she embodies the continuous fight toward liberation. The combination of written language, voices, and dance urge for the compassionate release of the humans currently held in the Riverside Correctional Facility. Faced with these women’s experiences, audiences are invited to reflect on Black liberation. Their answers can be placed within the installation itself, so each audience member contributes to the growth of this artistic piece.