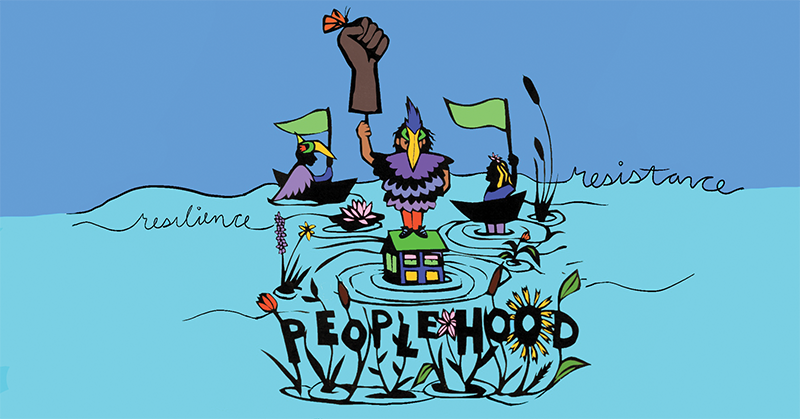 Spiral Q presents the 21st annual Peoplehood Parade
Saturday November 6th
Paul Robeson House to Clark Park (50th and Walnut to 45th and Kingsessing)
Line up is at NOON
Parade begins at 1pm
Short performances and art-making at Clark Park around 2:30 (no big puppet pageant this year)
Sign your group up for the parade!

Peoplehood is a parade that celebrates and lifts up PEOPLE – particularly those living in and working against oppression. Organizations, activists, families, and neighbors join together to represent who they are and what they stand for parading with art they’ve made, as themselves, or joining the art of other folks.

Interest/Registration form: https://forms.gle/UoDCmxdzo21wvYUD6
(it could be as simple as walking together with a banner! You can make art at home, or join in an art build at our studio)Individuals can drop in and join the parade by walking as yourself, or carrying artwork we’ll have there. Email community@spiralq.org to learn about the art builds we’ll be doing in the three weeks leading up to the big event or to inquire about volunteering!