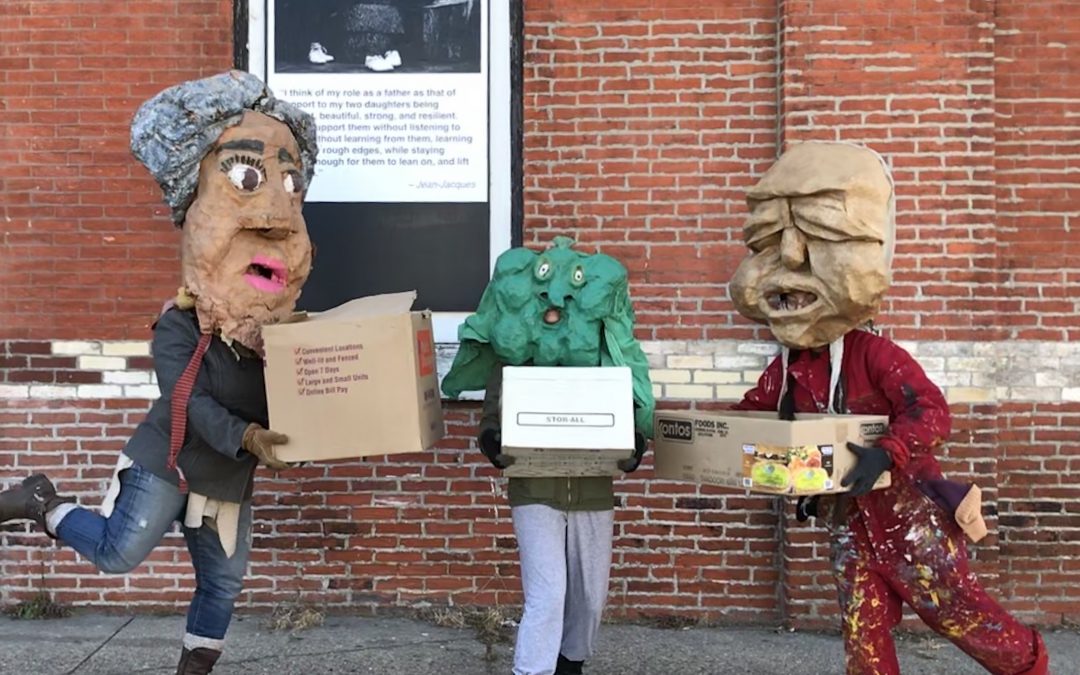 Spiral Q’s home at 4100 Haverford for the last 7.5 years is under contract for sale. By the Fall of 2020, we have to find a new home and we’re ramping up our plans to move! As our neighborhoods continually changes around us, we’re asking important questions about equity, holding space for radical community engaged artmaking and where Spiral Q can do our best work.

How you can help-

Got a lead? – Let us know about any spaces in Philadelphia!

Donate! – chip in(!) to support the additional costs of moving

This will be Spiral Q’s third move in our 23 years. What started out as our founder Matty’s individual artmaking with and for activist groups in his apartment in the late nineties, grew into an official non-profit organization with a public space on Spring Garden that included, aside from office HQ, the Living Loft Giant Puppet Museum, a studio space where activists, artists and school groups collided. Neighborhood development pushed Spiral Q from Spring Garden street in 2012 and we landed at 4100 Haverford, coincidentally the same building that was raided in 2000 where puppet makers made protest art for the Republican National Convention. At the Haverford space we concentrated and committed to our surrounding West Philadelphia neighborhoods with a place-based initiative that has yielded 6 years (so far!) of SPARQ in Schools youth art residencies and a slew of neighborhood projects and performances that revealed and lifted up stories of long-term residents.

We hope to stay in West Philadelphia, but the push out is real. Spiral Q’s survival, like many grassroots arts and justice organizations, is bound up with the people we serve.